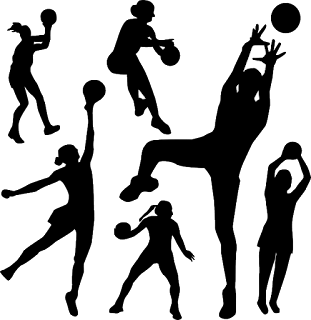 The goal of education is to focus on the development of both the mind and the body. Games help to maintain the body in shape. Swami Vivekanand believed that only a sound mind could realize God. A healthy mind, on the other hand, can only exist in a good health. Games are essential for maintaining a healthy body. For this reason, Swami Vivekanand recommends that all young people play sports. People who make a habit of playing sports every day can keep their health in good shape.. Games aid in the development of muscle mass. Sound sleep is one of them, and it is a sign of health. As a result, just as information is sustenance for the mind, sports are nourishment for the body. In fact, if Jack doesn’t have any fun, he will become a dull boy. Games are popular because they keep people physically healthy and intellectually aware.

We may keep our bodies active and vigorous by playing games. They instill a sense of adventure in us. They give us the courage to face dangers head-on. When a person plays video games, his blood circulation improves and his digestion improves. He is not afflicted with any ailment. The spirit of sportsmanship is instilled in us through games. They also instill in us the values of bravery and endurance.Fair play is cultivated through games. In the face of win or failure, good players keep their composure. They also instill in us a sense of obedience. A team that is disciplined has a better probability of winning a game than a team that is not disciplined. Discipline is vital not just for an individual’s advancement but also for the development of nations. Only a disciplined country has a chance of progressing and prospering.

Games provide us with entertainment and recreation. They revitalize our minds and energize our bodies. They allow us to take a break from the monotony of daily life. We forget about our problems and anxiety while we play games.A player adheres to the regulations of the game in which he participates. As a result, he develops into a principled guy. Games allow him to practice other values such as honesty, integrity, and fairness.

For students, games are critical. Today’s pupils will be tomorrow’s citizens. Students can learn valuable life lessons by playing games. They are capable of leading a disciplined life. They can cultivate the virtues of nationalism and patriotism.Our athletes rarely win medals in the Olympic Games, which is really disappointing. Players from small countries like singapore, Cuba, Romania, and others can win a lot of medals. In a variety of games, we lag behind other countries.

As a result, it is critical that our government develop a long-term national sports policy. The benefits of games should be taught to pupils in the classroom. They should be rewarded for playing games on a regular basis. It is necessary to upgrade and extend the training facilities for numerous sports. We can’t expect to win gold in major sporting events and International competitions unless we streamline the current system of selecting participants for various meets and competitions.

Quality and diversity and sports should be developed and fostered in remote areas of our country, as villages account for almost 72.2 percent of our entire population. We can generate many world athletes by hosting games and sports in villages since village residents have better health than city dwellers. Good health is a valuable asset for taxpayers and athletes who want to win gold medals at international competitions and the Olympics.

Games and sports are heavily pushed in other European and American countries, as well as in Asian countries such as China, Japan, and South Korea. As a result, its athletes and athletes won numerous gold medals at international competitions and the Olympics. It is because these countries’ athletes are rewarded with honor and large monetary rewards in order to motivate them to perform at a high level and win gold medals.

To motivate Indian athletes and athletes, our administration should provide them with appropriate monetary and non-monetary incentives such as scholarships, promotions in service, and recruiting preference, among other things, so that they can achieve competitiveness and win gold medals.

How to write a report writing on teachers day celebration ?

write an essay on your favourite festival diwali