Armero has disappeared  from the map 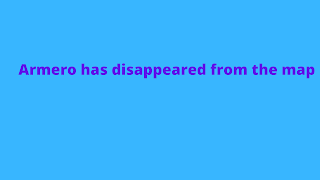 1.What was causing to melt ice?

The crater of Nevado Del Ruiz, a snowcapped volcanic peak on the northeast side, exploded, releasing a considerable amount of volcanic ash, and the great heat from the crater caused the snowcap or ice covering to melt.

2.b)Why were the residents of Armero unconcerned when the sulfur smelled so bad?


When the smell of sulfur was overwhelming, the residents of Armero were unconcerned since they were inclined to accept the Emergency Committee’s announcement.

Members of the emergency committee reassured residents of Armero that there was no need to be concerned, and recommended them to be cool and use a damp handkerchief indoors.

3.What made it so difficult to save the persons trapped in the quagmire?


Survivors of the catastrophe cried out for assistance. Those on the outside of the morass were frantically trying to contact those who were nearer. Some waded into the sludge but were forced to flee after being sucked below. Rescuers attempted to drive a truck for assistance, but it was swept under as well, making it extremely impossible to safely rescue them.

4.The people were urged to remain calm, to st”ay indoors and
to cover their faces with a damp handkerchief.”

1]who urged the people to remain calm?

2]why were the people urged to remain calm?

3]what happened after the announcement was made?

1)Members of the Civil Defense Emergency Committee reassured the public that there was no need to be concerned and advised them to stay calm inside and use a handkerchief.


2)The smell of sulfur was heavy in the air on Wednesday afternoon, and ashes began to fall, causing some concern and an unsettling scenario. As they attended early evening masses, members of the emergency committee advised the town’s residents to remain calm, stay indoors, and cover their faces with a damp handkerchief. They were assured that there was no reason for the alarm and that everything was fine.

3)A panic situation erupted after a member of the emergency committee stated that there were no reasons to be concerned. Around 7:30 a.m., severe rain started falling in Armero, and then abruptly ceased raining.It was followed by a weird warm fallout that quickly blanketed the streets and the roofs of the houses. It was a dangerous  situation. Armero’s residents are in a state of anxiety.Seeing the rooftop, many people fled to higher ground in the hopes of surviving. However, the vast mass of people remains on the sidelines.

B).”Frantically they called their children and another family
members out of bed. The lights suddenly went out.”

i)Who are ‘they’ in these sentences?


They were the residents of Armero.

2)Why were they asking their children and family to get out of bed?

The mayor of Armero paused a radio broadcast to announce that the water has reached Armero.

The heavy shower of sand on the roof awoke many people, while the commotion and shouting outside awoke others.

They were urgently calling their children and family members out of bed, terrified of the dangerous scenario so that they could run and save their lives.

3)What were they trying to run from? What happened after the
lights went off?

Armero’s residents were fleeing for their lives from a sandstorm that eventually blanketed the town’s rooftops and streets.
It was complete chaos.

People began pounding on doors and kicking them open. Thousands of people fled their homes. Vehicles sped across the streets, horns blaring, oblivious to the pedestrians in their path. Many people dashed down the hill before the mud wall became impenetrable. The churning mass surged right down through the center of houses in the darkness. Everything was quickly devoured and swept away.