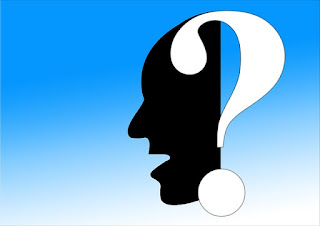 1 . What was the tiny man asked to perform by the people at Dabney’s? What did he say in response?

Ans. Among the guests at Dabney’s residence was a small man with a worried expression. They invited the tiny man to tell a narrative about the same subject as they were. The man said he had a different story to tell them. It’d be based on the truth.

2.How was the narrator affected by the image on the wall?

Ans:- Our narrator was strongly impressed by the face, and his thoughts were filled with it. As the days passed and the narrator recovered from his illness, he became increasingly certain that there was definitely a man alive with an identical look. So, despite the fact that his attempts were futile, he began looking for him everywhere. The hunt drove him insane, to the point that he forgot about everything.

3.How did the author notice changes in the face on the wall during influenza?

Ans: The face on the wall looked and felt like the majority of those who take shape on damp and spotty walls. The author didn’t notice anything unusual at first, but after becoming ill with influenza, he noticed some unexpected and intriguing alterations. As the visage on the wall became more genuine and impressive, it gained a stronger grip on the storyteller. As he considered the features of the face, his thoughts were completely consumed by it.

4.How did the narrator’s face influence him, and how was he pushed to conduct a real search?

The narrator’s desire to find the man grew stronger as the face on the wall became more visible. He began looking for him everywhere; he went to locations where large crowds gathered, such as political rallies, sports games, and train stations. He went insane and forgot about everything else. During that time, he would search for him among a crowd of guys and never look at a woman.

5.What was the outcome of the narrator’s hunt for the man?

Ans:- The narrator looked for the man in places where a large number of people would congregate at the same time, such as football games, political rallies, and train stations. He would always stare at people’s faces, trying to find even the tiniest resemblance; unfortunately, this behavior led the crowd to believe he was insane. Needless to say, it drove him insane, and he put everything else on hold until he discovered the man in a taxi on his way somewhere.

Ans. During the narrator’s illness, the face on the wall had a powerful hold on his thoughts. As a result, he went in quest of the man with a similar look. He traveled to crowded areas like marketplaces, political rallies, playgrounds, and train stations, among other things.

7.After the narrator read the card, what happened?

Ans. The storyteller had to wait outside a ship cabin for the wealthy man. When he emerged after half an hour, the narrator requested for the card. He got it and sat in a corner to read it. The narrator passed out as he was reading it. He was in a hospital when he realized what was going on.

8.How did the narrator’s influenza assault bring him so near to the face on the wall?

There was nothing else for the tiny man to do while he was sick with influenza. He spent his time reading literature, meditating, or staring at the face patch on the wall. As a result, he developed a close bond with the face

The tiny man felt compelled to speak with the stranger and inquire about him. The tiny man was in a hurry since he had been following the strange man for quite some time and had run out of money to continue his pursuit.

10.What was the third point addressed by the author?

Ans:- The author also stated that he made up the entire narrative in half an hour, implying that it was all a fraud intended to entertain a certain group of individuals. None of the events that occurred to the author were true; they were all part of his story to surprise those who were listening.