QNo1  Why was Leela  fond of Sidda’s company?

Ans:  Sidda was primarily hired by Mr. Sivasanker to serve by working out the family’s varied household chores. But his presence at Mr. Sivasanker’s house turned out to be enjoyable and invigorative to Leela. Naturally,  he became a close friend of Leela. Sidda was always responsive to Leela’s calling. In him, Leela found a true companion who could understand the demands of her little mind and carried out them in spite of having his routine job.
In fact, Sidda could touch the imaginative mind of Leela, and transfer her to the never-ending realm of fairyland with illimitable happiness, where she could believe that her red ball had touched the moon and come back to her wet and shiny. She could even believe a little bit of the moon sticking on the ball. Sidda’s spontaneity in designing stories about the acquaintance of the moon and the princess with pets and his wonderous experience of touching the moon helped Sidda come closer to Leela who had never received such affable company from her parents.
Besides sidda’s ingenious attentiveness made Leela convinced that he would be a most obedient student. Whatever little she knew, she gave all her efforts to teach him.

Thus, day by day, siddda’s association came to stimulate Leela and make her realize the true worth of friendship.

Mr Sivasanker’s five years old daughter  made friendship with Sidda,the newly appointed  servant. In Sidda, Leela found a true friend, as Sidda could understand  the tender  mind  of Leela . Sidda also did not feel bore to give her company . Even he dropped  his routine  jobs,  when Leela called him to play .

Sidda  taught  her the magnificent trick of throwing  ball up the sky to touch the  moon. He covinced  Leela to believe  that he was a true friend of the moon.At night, he became the story teller of Leela. He could touch the imaginative mind of leela telling some incomparable stories of magicians, Princess  and their pets. Besides he played the role of an obedient students  of Leela in the evening, just to give her childlike pleasure. Infact, Leela got a reliable friend in Sidda, what she did not find in her parents who always represent the materialistic  world.So Leela was supremely  happy 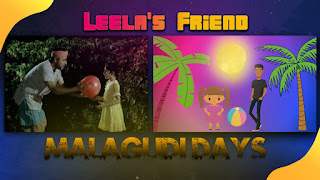 How do Mr. Sivasanker and Mrs. Sivasanker react to Leela’s missing chain? How does Leela react? What features of their character are exposed?

Mrs. Sivasanker, at the sight of her girl’s bare neck, rose to the occasion immediately by slapping her without thinking twice. She scolded Leela as She neither taken it off nor put it in the box. Then ger wrath shifted to Sidda and threatened her to send him to the lock-up. She frightened to harbor a villain in the house.

Mr. Sivasanker, on return from office, got excited at once hearing from his wife about the chain and Sidda. He lost his temper on Sidda in the event of missing. He thought just a complaint lodged against the suspect to the police station would help him find the lost and nip the miscreant in the bud.

But Leela prioritized sudda’s company or friendship over the missing jewel which does matter to her. She needed sudden to hear the stories at night. But in absence of sidda, her mother could not satisfy her with stories so she told her mother not to be rough and abusive to Sidda.
Hence,, a thing is clear that both Mr. and Mrs. Sivasanker could not transcend the limit of mundane attraction. But on the other hand, Leela had less importance for the materialistic world than her true friendship.

Who found the gold chain of Leela and where?  What did the founder  do then?   How did Leela’s  father react after  getting the chain  ?

Leela’s  mother  found the gold  chain in the tamarind pot.Then she washed the coating of the tamarind from the chain.
When the chain was found, Sivasanker  family  did not show any repentation for their behaviour towards  Sidda.Mr Sivasanker  only blamed Leela for everything. But he did not feel any regret for Sidda. He told his wife that he would go to the police station  to inform about the finding  of the chain the next day . Though Sidda was proved innocent,  Mr Sivasanker did not employ  Sidda again in his house as Sidda was a criminal .