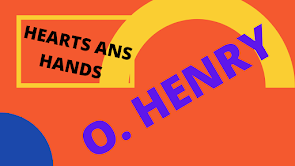 what is the name of the train where does it go ? where was the last stop?

The name of the train is BM express.  it goes towards the east where was the last stop.it stopped at the Denver railway station.

what is special about the passengers?

When the train stopped at Denver railway station lot of passengers entered into the train.

How is the young girl dressed?

the young girl is sitting on the train. She is pretty elegantly dressed. She had a lovely smile and pink cheeks. She is surrounded by all luxuries and comforts.

who are the two new passengers, that enter the train?

the two new passengers who enter the train are Mr eastern and the glam-faced man.

Mr. Easton Is a handsome man with a bold frank countenance.

how was the gum face man?

what phrase is used for the two people?

Do you think the main character of the story Easton recognizes the lady sitting across him why does he ignores the girl at the beginning?

The main character Mr. Easton recognized fear child but he did not talk to her because he was handcuffed and he did not want the girl to know about it

where do the men sit ? How does the woman react? How does swift disinterest summarize her glance?

The men sit exactly to the opposite where miss Fairchild was sitting. The woman reacts very naturally as it is very natural for every person to react when somebody comes and sits opposite to us .it is a reflection that we always look at the person who comes and sits across us. it is called swift disinterest because it was just a reflection of miss fear child to have a look at the person who just came and said the opposite to her.

how does a young woman initiate a chat with Mr. Easton? what is her tone? How does she start the conversation?

when miss fair child saw, she recognized him and initiated a chat with Mr eastern by introducing him by his name and by asking him if he does not even recognize his old friends when they meet in the best these are the first two sentences or the first two words which she spoke to him she speaks in a very friendly tone.

why does Mr. Easton feel embarrassed?

Mr. Easton feels embarrassed because he is handcuffed and he does not want the lady to know the reason for his handcuff.

how does the other man save Mr. Easton from embarrassment?

The glum-faced man or the real marshal saved Mr. Easton from embarrassment by interfering in the conversation and explaining to the young girl that Mr. Easton is the marshal and he is the prisoner and the marshal is taking the prisoner to the prison that is why how he saved his image because he had come to know that they both are friends and he did not want to spoil the image of Mr. Easton in front of his childhood friend.

what and why did the glum-faced man speak all of a sudden?

The glum-faced man spoke all of a sudden because he wanted to save Mr Easton from .embarrassment

what was his alleged crime and the punishment according to the glam-faced man?

According to the glam-faced man, his alleged crime is counterfeiting that is printing and distributing fake currency notes and the punishment is seven years of jail t in Leavenworth prison.

How can you describe the word counterfeiting?

what reason is given by Mr. Easton for not going to Washington now?

Mr. Easton has left Washington. For this, he gives some reasons. Number one, he says that in order to live in Washington a lot of money is required which he did not have at that time. Number two, he sees lots of opportunities in the west and so he took the opportunity of minting money in the west and number three,  he says that the job of a marshal is not worth respect in Washington, but he was doing this job so he did not prefer to go to Washington.

What does the girl tells about the ambassador?

” will we see you again soon in Washington “why does the lady say so?

It means that she feels happy that she has got her old friend back, number one. Number two, maybe she has developed a soft corner for Mr. Easton and she requires his friendship  and number three she wants to renew her friendship with Mr. Easton whom she considers now to be very handsome and well man.

why do marshals handcuff themselves to their prisoners what rule of handcuffing?

what does he mean by My butterfly days and what does she understand  by the line  ?

What is the name of the figure of speeches has been used in the line?

what family details of Fairchild  do you know from the conversation with Mr. Easton?

we come to know are that miss Fairchild has a father and a mother. The mother and she had come towards Denver to spend her summer holidays but the father got ill and the mother returned back to look after the father.

what idea we get about the miss Fairchild

she is a fun-loving enjoying girl because when she came to know that her father is not good .she should have also left along with her mother to take care of her father but rather she preferred enjoying at Denver.