In the quintessential poem,  Asleep in the Valley, Rimbaud presents a pen picture of the valley. He paints a word picture of a serene and tranquil landscape. A small stream is flowing gently and leaving behind a silver trail on the bright grass. The valley is overflowing with dazzling sunlight. The humming insects and multi-hued valley flowers enliven the sun-soaked earth of the valley.   A reader must be soothed while going through it.

This beautiful valley becomes an epitome of nature herself when it affectionately shelters the young soldier in her lap and protects from the cold.  Its quietude provides him a peaceful sleep after grueling days on the battlefield. There is a candid smile on his face lingering on his lip. He sleeps undisturbed even in the broad glare of the daylight with one hand on his chest. But in the parting lines of the sonnet with the mention of the two bullet wounds strip the positive aura of the valley replacing anxiety and horror.

Thus cruel violence of war destroys the charm of the pastoral landscape and the picturesque valley turns into soldiers’ death bed. 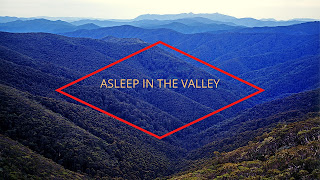 War is nothing but the organized killing of youth with all its dream unfulfilled. –this stern reality has been exposed in this quintessential poem by Rimbaud.     He has experienced in French – Persia war  the horror of warfare.

In the poem, a young soldier is found sleeping in a beautiful sunlit valley with a guileless simile in his Azar lips. But, at the end of the poem it is revealed  that the soldier has the bullet-wounds:

“On his side, there are two red holes.”

The expression ‘the two red holes signify the pity and horror of war.’. The young life is unnaturally nipped in the bud -a premature death. . The poem shows the meaninglessness of war with the contrast of innocent soldiers’ death and nature’s picturesque landscape.    Death is inevitable in war and the poem presents this reality through the destruction that the soldier has experienced in warfare. Hence the poet exposes his sarcastic attitude towards warfare.

Whose smile is like an infant? Why is his smile compared with that if an infant? How does nature treat him?

In the above-mentioned line, the Smile of a dead young soldier is referred to here.

The Very young soldier seems to enjoy peaceful sleep after grueling days in the Battlefield. Now he is taking rest in a beautiful valley without any anxiety, so a gentle and candid smile like an infant seems to flicker across his lips. Another reason for his infantile smile is that a dead person is above the complications of life and plays no tricks. Actually, the poet means to say that death has rewarded the much-needed break that induces the childlike mirth in the soldier.

Nature treats the soldier delicately. Nature seems to lavish all the comforts in the soldier. He ensconced on this warm green bed. Nature bolstered his head with a pillow made of fern. The multi-hued valley flowers soothed him with their sweet fragrance and at the time they were showing respect to his soul blooming near his feet.

Where was the soldier seen lying and how? How does RIMBAUD  describe the soldier s face? Why according to You, DOES HE  LIE open-mouthed?

The soldier was seen lying open-mouthed in the small green valley. The valley was sun washed and a Small stream is flowing through it leaving a silver strand on the grass bank.

The young soldier lying seemingly asleep was surrounded by nature. He had soft grass for the bed and a pillow made of fern where he rested his head. The sunlight kept him warm. His feet are among the multihued valley flowers as if nature was conveying her respect to his dead soul. He had a candid smile on his face and he looked like an infant -pure and innocent. tHE SOLDIER had one hand on his breast as if even in his sleep, he is remembering his country.

He was brutally killed on the war front. So he was lying open mouth.. Here the soldier is a young man who lies dead in the valley as he is a victim of war.

5)In asleep in the valley”What was the reason for these red holes?

What does the phrase “….two red holes” SUGGEST?

The twin bloody holes are the bullet wounds in the upper rib of the soldier. These fatal wounds received on the war front are the cause of his unfortunate death.

In the line, Rimbaud intends to say that though the green valley is full of life and is overflowing with sunrays, yet the red holes in the soldier s body point to lifelessness.

Here the poet subtly implies that the death has been caused by the fatal bite of an abominable serpent that stands for war in this.

6)The humming insects do not disturb him ” Whom don’t the insects disturb?
What does the line mean?
How is the body kept warm?

The person whom the insects don’t disturb in the poem asleep in the valley was a young soldiers who lied open mouthed in a verdurous Alpine Valley.

In the valley, the humming insect has other attractions. Some of them collect Honey as they flutter about the flowers.Some of them help in pollination. As a result, they appear to have no spare time for the soldiers to interrupt his sleep. However, in a symbolic sense, the humming insets represent clashing warriors who will never strike again,because a dead soldier requires no fresh stroke, i.e. humming insects are incapable of reawakening a dead soldier. They are unable to disturb a deceased person.

Nature gives him with a nice sun-drenched bed.
The sun beams that illuminate the hollow can also heat his body, but since he is dead, nature fails to provide this service.

Important Short questions and answers On Shall I Compare Thee To aSummer&#8217;s Day

Class 12 most important Short questions Shall I compare thee to a summer&#8217;s Day

questions and answers OF POETRY OF EARTH for H.S

S.A Q type questions of The poetry of earth

SHALL I COMPARE THEE TO SUMMERS DAY -Important Questions And Answers

Important -The eyes have it question answer for H.S

Most important MCQs QIUZ WITH ANSWERS #The Proposal class 12