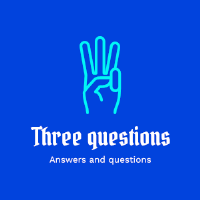 Ans: Tsar went to the hermit because all the scholars failed to satisfy the Tsar’s queries. They gave different opinions on his questions. As a result, the Tsar was confused.

The hermit met the only common man to enlighten their wisdom. Because the rich fail to achieve knowledge for their ego. So the Tsar sacrificed his ego and put on the dress of the simple man and met the hermit in disguise.

Then the hermit was digging the ground in front of his hut.

The Tsar helped the hermit because the hermit was very weak and he was breathing heavily when he stuck his spade into the ground. So The Tsar took pity on the hermit and helped to dig the ground.

Helping the hermit the Tsar was benefitted in three ways. Firstly, had he not  dig the ground, he would have been killed by the enemy.SECONDLY, he gained the friendship of his enemy saving his life .Thirdly, working at hermits place, he  experienced some events and got the answers of all his questions

2]  How did the hermit answer all the three questions of the Tsar and make him wise?

Ans: When all the scholars failed to satisfy the Tsar, the Tsar went to the hermit in disguise to find his answer. The hermit relied on three examples and events and propounded the best three answers of the Tsar’s three questions.

The hermit answered that the present was the most essential. Because had he [the TSAR]not dig the bed for hermit, he would have been killed by the vengeful man.

Thus the hermit explained all three questions and made the Tsar wise.

3]How did the wounded man become the friend of the Tsar?

When a critically wounded bearded man came running toward him, the Tsar was engaged in digging at the Hermit site. The Tsar had the wound bandaged and gave him water to drink. He took him to the hermit’s hut as well and laid him on his bunk [ bed]. The bearded man told him the next morning that he was one of his enemies whose property the Tsar had confiscated and killed his brother.

So he wanted to demand vengeance against the Tsar.  He added that he was hiding in the wood to kill him, but the guard detected him and stabbed him. .The wounded man also said that he would serve the tsar as hi most faithful servant if the Tsar would forgive. The wounded man begged the Tsar to forgive him. The wise Tar accepted his proposal and they become friends.

4. Who was the injured man? Why did he wish to assassinate the Tsar? Who and how did he get hurt?

The injured man was the brother of the Tsar’s rival.

He actually expected to assassinate the Tsar because he had his brother executed and his property seized by the Tsar.