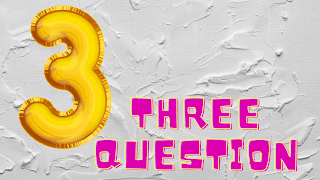 No 1.
What was the first question? How did the learned men give answer to this question ?

The scholars gave various answers to the question.  Some of the scholars said that to know the right time for action, one must draw up a table of days, months, and years in advance and must live strictly according to it . Some scholars advised remaining up to date with the recent happenings to decide the right time. Others suggested the Tsar form a council of wise men to help him to decide the proper time of an action.  Some advised the Tsar to take the help of magicians because only magicians have the ability to know the future beforehand.

The answers were absurd.  So the Tsar became disappointed.

The scholars gave various confusing answers to the question. Some of the scholars said that the ministers are the most important persons. Some recommended priests. Some scholars went in favor of the doctors because for keeping the Tsar fit. The others learned persons suggested that the Tsar would need soldiers to protect the country from enemies.

These answers could not satisfy the Tsar. So he became disappointed.

3.Describe the Character of Tsar.

The word Tsar has its kindered in German “Kaizar” and Roman “Caesar”.So the title hints at his empirical power. But the Tsar who appears in Leo Tolstoy’s story is modest,patient ,sincere and compassions as well.
Tsar features in the story through three questions that intrigued his mind. He thought the answers of these questions would help him succeed in each work. When all learned persons failed to provide him correct answers, he did not give up hope and decided to meet hermit. Here the Tsar’s ambitious characteristic is reflected. Tha Tsar was modest as he Went to meet the hermit in disguise . He paid regard to hermit’s decision of receiving common folk. The patient nature of Tsar was evident in allowing the hermit to take as long as he needed to answer his questions.The Tsar was sincere and compassionate also as he nursed the wounded man without knowing his identity. His charitable nature was highlighted when he promised of sending all his servants and doctors to tend the bearded man. The out brust of loyalty of the old enemy was only an outcome of the generosity of Tsar.
The tsar’s quest for knowledge, his yearning for elevated life and his human perception made him stately and honourable figure.

4.What were the three questions ? what did the Tsar do to find the answers of these questions?

Leo Tolstoy’s short story “The Three questions ” was first published in the year 1885 as part of the collection ” what men live by and other tales”.The story as it develops and culminates, takes up the form of a parable where a Tsar who wants to find the answer to what he considered to be the three major and important questions in life that needs to be resolved .
Leo Tolstoy Story’s “The Three questions’  begins with the Tsar’s pronouncing his utmost urgency to know about certain  important and major matter regarding the  prospect  of never failing in any effort if he can manage to know three questions.
In the story the Tsar happens to seek answers to triple issues -‘what time is the most fruitful to start an action? ‘ ; ‘who are the most necessary people? ,and what is the imperative thing to do ? As soon as this three question start troubling  him  , he declared award for the Scholars who are supposed to answer them ( three questions) correctly .
But many men, many minds.They could not satisfy the Tsar with their elaborate and Logistic answers  which ultimately lacked genuineness and authenticity So, the result is a confusion. finally the Tsar pays a visit to a wise hermit who provides  him with the satisfying answers. This, the title capsules  the theme and proves  justified.

RUSKIN BOND &#8211;THE EYES HAVE IT/ ANWERS AND QUESTIONS/ CLASS

SHALL I COMPARE THEE TO SUMMERS DAY? -Important Questions And Answers

A program on safe drive save life in school